Get the right Rugby League Ball at the right price - delivered Nationwide. Click the images for pricing of Footies including logos or message.

Our range of Branded League Balls covers all options - Size 5, Size 4, Size 3, Size 2 and mini Promotional sizes and grades. We cost our balls with a standard 2 ply bladder and a PVC outer (you can choose between a shiny or matt colour finish on your order. You can have your balls supplied other finishes such as rubberised - some cost a little more, some cost less - simply call our friendly staff on 1300 303 717 and ask what options are available - they will send email you a written quote in hours (not day's like other suppliers!).

Here at SportsBalls.com.au our friendly staff are ready to field your questions - why not give us a call on the number above?, we are here to help with your enquiry and get order underway with the minimum of hassle and stress. Please remember - sportsballs.com.au are Australia's lowest cost sports ball wholesaler in Australia. If you chance upon a lower ball price why not let us see if you are getting the same specification and quality of ball - if it is the same as ours we will better that price: GUARANTEED! 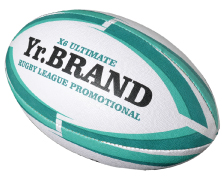 You can see here the SPORTS1 brand Size 5 Rugby League ... 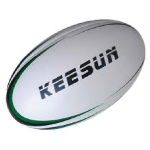 You can see here the SPORTS1 brand Size 4 Rugby League ... 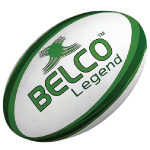 You can see here the SPORTS1 brand Size 3 League Ball. ... 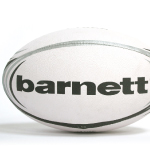 You can see here the SPORTS1 brand Size 2 Rugby League ... 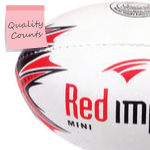 How to order our Rugby League Balls

As stated above: all of the sports balls that we offer from SPORTS1 come from quality factories in India that have a reputation for quality and great value. As most people can appreciate the cost of making sports balls in India (and elsewhere in Asia) is considerably lower than here in Australia due to lower labour costs, these savings are directly passed on thereby allowing you maximise your club's budget or your marketing and promotional spend (and who doesn't appreciate that?). When you go-ahead and place your order of Footy Balls your order will progress like this:

1/ Receive your written quote by email - you will,usually, receive this in 2 hours or less! 2/ Place your ball order using our online form or by giving us a call on the number at the top of the page. 3/ Send your artwork files by email to your appointed account manager, they will then call you to discuss your artwork and design requirements. Within 2 days we will email you a detailed proof for you to check over your design and colours. 4/ You can then advise us of any changes that you may like (we will then re-proof by email) and then approve final design layout for the factory to get started on. 5/ Factory gets your underway. 6/ Delivery usually occurs around 5 weeks later to your club or business (you can sometimes expect a little longer for remote areas or Western Australia). 7/ Play hard and have fun!

Our parent company Promotion Products Pty Ltd are the only fully authorised Australian Distributors of one of the fastest growing brands of sports balls and equipment in the world - SPORTS1. Offering only custom manufactured and promotional sports balls - covering all of Australia's major sports, not only Rugby League, such as Soccer, Basketball, AFL and Cricket SPORTS1 Balls feature your logo branding and club colours or corporate identity - not the colours and brand of the ball supplier! - we believe the whole idea is to for you and your club to make bulk savings on your ball supply and to promote your club or company! 95% of all quality custom manufactured league balls offered here in Australia are made in India or Pakistan, SPORTS1 have a small number of factories they work with directly in India - each of these individual suppliers specialises in a certain ball type to guarantee that you get a premium quality custom made ball every time. You can expect to have your order of Promotional Rugby League Balls delivered to you around 5-6 weeks after you give us the go-ahead.

Rugby League - the best game in the world?

Rugby League is a professional level sport played widely across the nation, with a large number of representative teams from most states.

Rugby League first came to be in 1895 following a split in the official Rugby Union organisation over an issue of payments to players. With a new set of rules developed for the game, there was more emphasis on running with the ball rather than the kicking that had previously dominated Rugby Union. Known as the Northern Rugby Football Union, the new game rapidly grew in popularity, with over 200 new teams joining the sport in the first fifteen years.

Rugby in Australia has always been extremely popular, especially in both Canberra and Queensland where it holds the record as the most watched and followed sport in the entire state. With hundreds of thousands of viewers and most games close to selling out, this sport has an obvious future in Australia.

Interestingly, the most watched games in Rugby League are not the international games, but a Queensland and New South Wales tournament known as the State of Origin . This competition takes place over three games, the winner taking at least two of the three. Since the inception of the game, the series remained extremely even as a testament to the skill of the players all over Australia, however since 2006 Queensland have managed to win every series with a record breaking 8 straight wins.

Rugby features an oval shaped ball, typically made of leather previously but in modern times has been made from a synthetic material that allows for a better grip as well as a more durable build.

Easily played just about anywhere with just a ball, this game has one of the largest followings of any sport in the nation, and is played across most states at a professional level.

The staff here at sportballs.com.au look forward to assisting with your order of Branded League Balls.